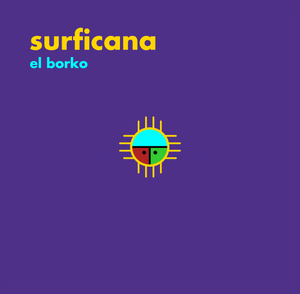 After I released Surf Monster five months ago, I felt like I had more to say. So I said it by making another El Borko album, Surficana. This new record has seven surfy songs and no singing. These songs explore some areas I missed on Surf Monster. I tried some modal improv on "Foamy Raga", spaghetti western on "The Cute The Fat & The Fuzzy", and paid tribute to my favorite space-opera, "The Expanse" on "Camina Drummah". I experimented with an Endless Summer style song, some sparse-n-spacey, and finished as on the last album with some americana, hence the title, Surficana.

The new album is out Today! August 2nd