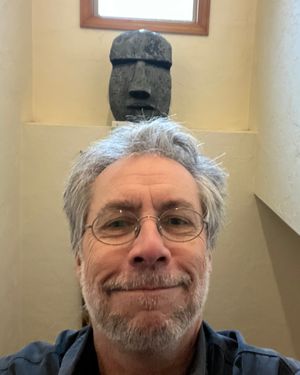 I have been an afficionado of surf music for 4 or 5 years now. I spent this time becoming familiar with the repertoire, reading about its history, and above all, learning to play it. To play and write music in a specific genre requires two things, an understanding of the style, and steady practice. In order to do this, I formed a band and recorded some music. Along the way, I developed some opinions about how to think about surf music from the perspective of a performer and composer.

The ease of a surfer riding a wave is an illusion. There’s so much skill and practice behind that apparently effortless glide. The same applies to playing surf music. One must master tremolo picking, glissandos, whammy-bar technique, and play with a fat sparkly tone. I mean, most guitar players can do these things, but the result doesn’t sound ‘surfy’ until you really work on it. Surf-guitar forums on the internet are full of discussions about what gear you need to get the right sound, but ultimately, that sound is in your fingers.

In addition to the mechanical skills, a player needs to know their neck positions and some music theory. In order to write surf, one should recognize what musical elements contribute to this unique sound. You can hear the influence of Flamenco, Gypsy and Doo-Wop styles in many surf songs. Notice how dynamics, texture, and tension/release combine to achieve a dramatic effect.

After all this analysis, remember that the first surf groups were garage bands. Young guys with limited skills and experience who figured it out as they went along. I played in a garage band as a teenager and the main thing was that the music had to sound cool. You did what you had to do to achieve that. This primitive element is the spark of life in surf music. Surf guitar should concentrate on cool riffs, cool changes, and cool noises. Surf has guitar solos, but they’re mostly short and sweet. Saxophone is better for wailing over that II V I progression.

I have written a number of surf tunes, some better than others. At least one song of mine was described as ‘not surf’. Well, I can understand if that critic doesn’t hear their favorite surf tropes in there, that’s ok. Many modern surf groups have really nailed the traditional surf sound. Jon & The Nightriders, The Eliminators, The Surf Dusters, and more. Many others have taken a divergent path. The Mermen, Daikaiju, The Insect Surfers can play surf but some of their songs are testing the limits of what people regard as surf.

To me, testing the limits is what it’s all about. We already know traditional ways to sound ‘surfy’ but who knows what new methods are out there, undiscovered, waiting to electrify our minds and delight our souls? So, I go back and forth. If I can compose a song that sounds like it was written in 1963, then I’m happy. On the other hand, if the ‘garage band coolness’ of my idea is leading out into the wild, I’m gonna go there. In the end, I’m going for good melody, slick arrangement, and fat, tasty, guitar tone!