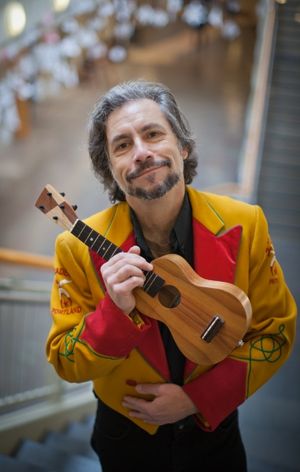 The problem with most of the videos is the presentation. They seem to forget that teaching is performance. They tell you a song should get right to the point and not bore the listener, then they spend the next 5 minutes boring me to death. If these lectures were songs, they wouldn't be good enough for an amateur open mic night.

A common theme in these videos is how to manipulate the listener's feelings. It sounds creepy, but remember that this is the goal of most communication. Getting someone's attention and telling a story is the name of the game. I think this psychological approach is worth a try. There is, however a problem here. If your songs are written to compete with other songs in a noisy commercial environment, then what are you writing? If you want to make money, this will probably work. If you want to make art, it may not.

Art and commerce can co-exist and even be mutually beneficial, but there is a point where they must diverge. This is not so much a fork in the road as a choice about what's important. You can and should build some commercial elements into your art, but you must decide which will dominate, the art or the money. Once you answer this question, you have criteria for the myriad decisions you make as you write a song.

So what did I learn from these videos? I actually gleaned a few good ideas. I have some interesting things to think about and experiment with in the future, but I now suspect that some "professional" songwriters might be frustrated performers who elevate the importance of their craft to compensate for that weakness. One guy actually scorned the idea that a recording artist could write a good song. Two words... Willie Fucking Nelson.

This brings me to the last thing, the relentless marketing of a tiny segment of the world's musicians. Joni Mitchell once said she didn't think she would have made it as a musician in modern times because as she said and I paraphrase, "what the music industry wants now is someone with a certain look and the willingness to do what they're told.". So how does your song make it through the noise when the industry spends millions promoting pretty people to present the slick, mass produced, dog shit that pretends to be popular music? These videos further confirm my belief that the never-ending greed for more profit corrupts everything including music.

So here is my suggestion for how to write a song. Do use the psychology. Get people's attention and tell your story. Tell it with skill and style and make them feel something. Don't change your song because some money grubbing asshole told you how to appeal to the lowest common denominator. The Beatles didn't use a formula, neither did Bob Dylan, Bob Marley, Joni Mitchell, Prince, Nirvana, Wilco, Foo Fighters. They just made good music and people recognized that and rewarded them for it.