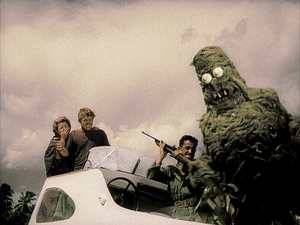 I saw a facebook post today which said... "What about changing the name of the group to ... No Strictly Surf Music Appreciation Society?". Right away I started thinking about what makes a musical genre. I realized that in any genre, you will find debate about 'what is' and 'what is not' representative of that style. As a thought experiment, I tried a comparison of jazz and bluegrass. My definition of jazz is, "A traditional folk style refined into complex instrumental music with identifiable harmonic and melodic forms." Oops! that's also my definition of bluegrass... and funk, and prog, and the Grateful Dead. What about country? Everyone knows what country music sounds like, right? Are Morgan Wallen and Miranda Lambert country? How much do they sound like Buck Owens or Dolly Parton? Is that important?

So lets dive into surf then... (ha ha, 'dive into surf') Are bands like Daikaiju or the Mermen surf? How much do they sound like Dick Dale or the Belairs? Does it matter? Maybe it's about whether the people who like the original sound are willing to accept the newer variations. I grew up listening to both surf and country music. I think new surf sounds more like old surf than new country sounds like old country, but then that's just my opinion.

Wunna my favorite things about surf music is how it seems to be a crossroads for many other styles. If you like Duane Eddy, or Gene Vincent, or Iron Butterfly, or Ennio Morricone, you'll probably enjoy surf music. Any style has it's tropes. A clean Fender-style guitar sound with lotsa reverb, glissandos and wammy bar is very surfy, but surf music is more than that. Surf is energetic, dynamic, dramatic. It's about about danger and excitement. It's about feeling alive.

We should be careful not to draw the boundaries too tight around our favorite music. Music on the edge is often the most interesting and as we get used to the 'edgy' stuff, the edge itself moves further out. That's not to say that eventually, the variations on a style will cross some hitherto unknown boundary and become something else. Who would have guessed that Grandmaster Flash was the harbinger of a super popular new style of music? That in itself is beautiful. Art, like life, never sits still, it evolves. Evolution is not purposeful, it just follows the path of least resistance and it never ends. Music is like that too. As long as we last here in this world, music is with us, and in our hearts, it will go on forever.